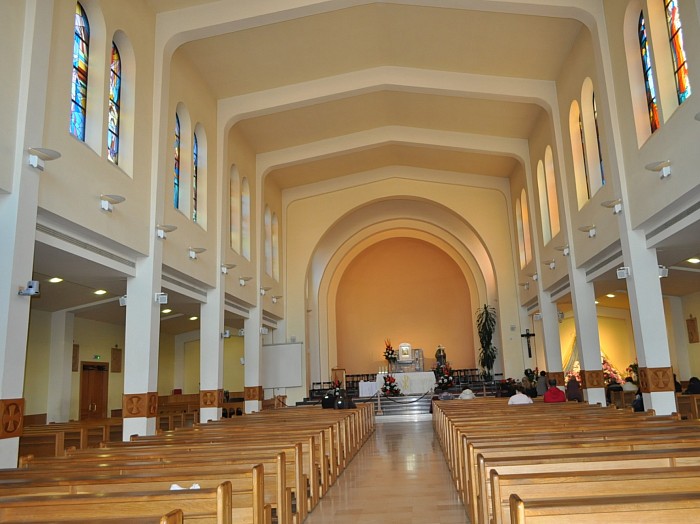 I wold like to acknowledge my friend, Joe Pereira (Australia), for putting together this informative article below, on Medjugorje.

In the small village of Medjugorje in Bosnia-Herzegovina, it is claimed that since 1981, the Blessed Virgin Mary has been appearing regularly and giving messages to the world for conversion to  Ivan, Jakov, Marija, Mirjana, Vicka, and Ivanka. The visionaries often refer to the apparition as the "Gospa" which is Croatian for "Lady". She is referred to as Our Lady of Medjugorje and also called Queen of Peace. In her own words, She tells us, "I have come to tell the world that God exists. He is the fullness of life, and to enjoy this fullness and peace, you must return to God".

A visionary here means a person who ‘sees’, who connects with the supernatural, revealing a truth or a teaching. Our Lady has appeared to many others throughout history. The Catholic Church refers to these appearances as private revelations, that means appearing to an individual or a group of people.

Since 1981, close to 50 million people of all faiths, from all over the world, have visited Medjugorje and have come away spiritually strengthened and renewed. Numerous unbelievers have been converted, and countless physically or mentally afflicted, healed.

The key messages stress that satan is real,. He uses us for his own end and purposes. His main purpose is destruction of love, peace, faith, family, and life. Our Lady stresses on the weapons that we can use to defeat satan including prayer, scripture reading and fasting.

“Dear children, My Son was the source of love and light when he spoke on earth to the people of all peoples. My apostles, follow His light. This is not easy. You must be little. You must make yourselves smaller than others; with the help of faith to be filled with His love. Not a single person on earth can experience a miraculous experience without faith. I am with you. I am making myself known to you by these comings, by these words; I desire to witness to you my love and motherly care. My children, do not waste time posing questions to which you never receive an answer. At the end of your journey on earth, the Heavenly Father will give them to you. Always know that God knows everything; God sees, God loves. My most beloved Son illuminates lives, dispels darkness; and my motherly love which carries me to you is inexpressible, mysterious but real. I am expressing my feelings to you: love, understanding and motherly benevolence. Of you, my apostles, I am asking for your roses of prayer which need to be acts of love. To my motherly heart these are the dearest prayers. I offer these to my Son who was born for your sake. He looks at you and hears you. We are always close to you. This is the love which calls, unites, converts, encourages and fulfills. Therefore, my apostles, always love one another and above all, love my Son. This is the only way to salvation, to eternal life. This is my dearest prayer which fills my heart with the most beautiful scent of roses. Pray, always pray for your shepherds that they may have the strength to be the light of my Son. Thank you. ”

The visionaries said that Our Lady told them that these years that She is spending with us are a time of special Grace granted by God!

Major places to visit in Medjugorje: -

Mount Podbrdo is the name of the “mountain” that Our Lady first appeared on, to the visionaries of Medjugorje. After the apparitions began, it became known as Apparition Hill. It is a steep and rock-strewn path that ascends to the actual location where Our Lady appears. Tens of millions have climbed this mountain, pilgrims from all over the world, and they tell of experiences that are deeply personal, intimate and

Krizevac” means “Mount of the Cross.” It is the highest mountain in the area. In 1933, St. James Parish erected a large concrete cross to commemorate the 1900th Anniversary of Jesus’ passion and death on the cross. During construction of the 16 ton cross, the parishioners carried up all of the materials, cement, sand, water, tools, etc., in memory of Christ’s way of the cross. The cross was completed on March 15, 1934.

A relic of the True Cross of Jesus was received from Rome from Pope Pius XI and built into this cross. This relic was obtained from the larger part of the true cross that remains in the church of the Holy Cross of Jerusalem, in Rome.

Before 1933, and the erection of the cross, Medjugorje endured many hail storms that destroyed the villager’s crops in the fields, causing extreme hardship to the poor local villagers. Upon completion of the cross, the storms ceased, and there have been no reports of such storms again in this area.

The Church at Medjugorje has been dedicated to the Apostle St. James the Greater, the Patron Saint of Pilgrims.The church was originally planned to be smaller, and when building began the ground beneath began to sink and so could not be completed. Years later, but long before the apparitions began a plan for a much bigger church was drawn up and a different site selected though the local population was still very small.. No explanation was given as to why the church was built so big. Today the church is over flowing with pilgrims on a daily basis, and Apparitions of Our Lady also happen at the Church!

* The Chapel of the Two Hearts

One of the visionaries used to have apparitions at a small chapel in her home. Through the generosity of a friend, a chapel was built near her home , to give her more privacy in her own home. During one apparition,

Marija told Our Lady that the chapel is dedicated to her, and she asked our Lady what name she would like to give to the chapel. Our Lady smiled and lovingly held up Her first two fingers, signifying the number two, and then pointed to Her heart and traced a heart with Her finger. Our Lady named it The Chapel of the Two Hearts (the two hearts of Jesus and Mary).

The Caritas Mission House is a place where information and material about Medjugorje is provided. It fulfills a need or pilgrims who have questions about Medjugorje and or who desire to understand the events of Medjugorje with greater spiritual depth.

In 1999, a couple, Nancy and Patrick Latta began to build an imposing castle in Medjugorje, to be used as a retreat place for priests, nuns, seminarians, and religious.

Patrick was a very successful businessman in Vancouver, B.C., Canada. He and his wife Nancy enjoyed a lavish life style, but God was missing from their lives. Patrick’s four children (from two previous marriages) had everything that money could buy, but they were haunted by addictions to drugs, alcohol, and immoral life styles.

One day Nancy gave Patrick a copy of Our Lady’s messages from Medjugorje. He decided to  read the shortest message –  “For the last time, I am calling you to conversion." Something inside him stirred and that seed led him back to God!.

Today, Patrick and Nancy are ardent promoters of the Medjugorje experience, give talks to pilgrims, telling and retelling their story to young and old alike.

* The Paths Through the Vineyards

Paths weave through fields and vineyards between St. James Church and Apparition Mountain Walking between the sites in Medjugorje is one of the best ways to experience the sanctity of the place. Walking allows meditation and prayer and can make a world of difference in the pilgrimage.